Chatsworth, California, U.S.A. (December 10, 2020) - Cafe owner Bernie Sills hates motorcyclists because of injuries to his wife and damages to his property during a renegade biker attack months earlier. When he threatens non-violent cyclists Joe Keeley and Nick West with a shotgun, a minor altercation ensues after Mrs. Sills calls the Highway Patrol. 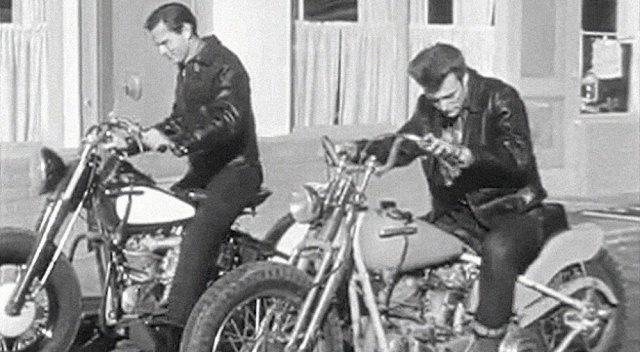 Responding Officer Jack Anders is killed in an accident involving a truck driver's negligence while pursuing Keeley and West. When Dan Mathews and Officer Dorsey investigate, Sills tries to blame the cyclists for Officer Anders' death. He exaggerates their behavior in his statements, but he is careful not to mention that he had provoked the altercation by brandishing the shotgun.

Dan advises Sills that Keeley and West are being sought primarily as witnesses to the accident and notes that Mrs. Sills seems to be seeking to distance herself somewhat from her husband's statements. When Keeley and West are located, Dan and Officer Dorsey hear a very different story concerning the incident and Dan learns of the shotgun threat for the first time.

He decides to test Sills' veracity by watching from a distance while an unshaven motorcycle officer wearing black leather gear visits the café. Sills' actions leave no doubt as to who was telling the truth.

Episode aired April 2, 1956 and was filmed in Chatsworth, California, USA