New Brunswick, New Jersey, USA (December 4, 2019) — Born in Jersey City, New Jersey on October 17 in 1954, Paula Rearden moved to New Brunswick when she was just 8 years old . Known in the Biker world as Pulsating Paula, her photographs of New Jersey bikers in the 1980's and 1990's seeped with authenticity and fun. Paula once said, “Got married to my first lay in 1973. 10 years later he bought me a camera, a Canon AE1. I still have it."

She started taking photos of biker parties and tattoo events and she sent them into ‘Biker Lifestyle’ magazine who later Paisano publications took over. They came out with ‘Tattoo’ magazine first of it’s kind ever.


Between the Biker and Tattoo magazines she had thousands of photos published. The 10 minute set up of her photography studio consisted of 2 flood lights that burnt the shit out of any poor person in front of them, and a 6×9 foot black cloth she got from Kmart that was tacked onto a wall.  She never considered herself professional, ever. She just loved doing it with every fiber in her body.


In the mid 1980's there was a rumor that Kathy Lee Gifford was having a baby. She tried to apply for her job (she was just joking) Regis read her letter live. When she seen it on TV, she ran and taped it on her Betamax. The first part is cut off. He called her twice after this 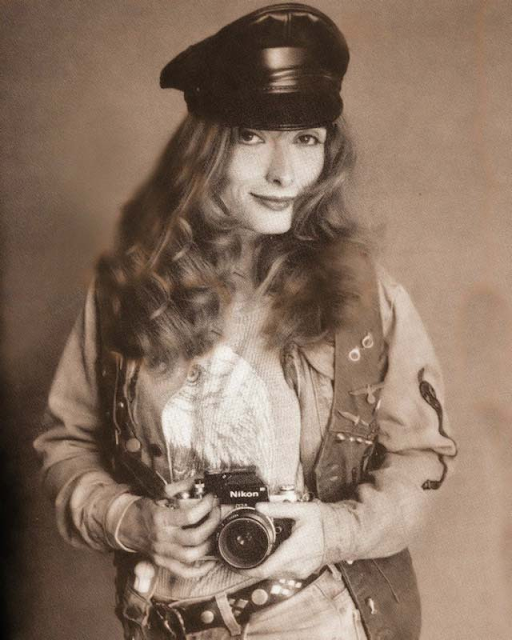 She knew the wonderful people she met by name and places she has been in her journey will live on forever in her photographs. many of us are so glad that we were there with you.

Pulsating Paula was on the East Coast documenting bikers from her point of view. What is so compelling about her photography is that her photos bleed honesty, passion and a high level of respect for her subjects.

I’m not sure if she knew she was capturing history, but she did. Thank you Paula for all you have done, Rest In Peace.