The Political Journal of an American Biker

United States of America (May 28, 2019) — Ever since President Trump won the US elections in 2016, there were more and more rumors about the impossibility of ever getting back together the views of the conservatives and the liberals. These two political views seem to have become opposed, with fewer people willing to maintain an open line for dialogue.

In a poll conducted in June 2010, around 40% of American voters considered themselves as having conservatory views, while only 22% identified themselves as liberals. Another 36% of the voters had moderate views, meaning they could be influenced by candidates and their political programs. 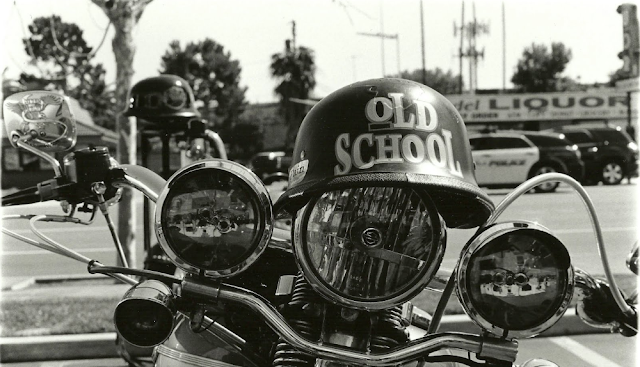 Apart from the famous blue-collar and white-collar voters, there is another category that was often ostracized and forgotten. That 1% of the population we’re talking about includes the bikers and those who belong to a motorcycle club.

The political profile of the American Biker

They ride together, they look after each other’s backs, they act as a family, and they are very patriotic. Bikers and their Harley-Davidson motorcycles, wearing leather jackets and showing off their body arts have long been portrayed as social outcasts and outlaws.

A handful of people with a passion for strong engines gather together in their own bars and secret hideouts. Most of them by day have regular jobs, families, children, and mortgages. By night, they put on their helmets and their black leather jackets, going on adventures, or at least this is what most of us think of them.

However, we couldn’t be farther away from the truth. This 1% of the population is more politically and socially active than other reputed communities in the society, trying to do good for the country they were born in or adopted.

When it comes to their psychological profile, most of them identify as patriotic and nationalists. They have pro-military views and many of them are veterans. They usually favor candidates that come with a strong message and aren’t afraid of being rough sometimes as opposed to people who show diplomatic skills and are afraid of being politically incorrect.

Most bikers identify themselves as Christians and are mainly tolerant when it comes to alcohol and drug use. However, they are wrongfully portrayed by the media as being conservative when it comes to their attitude toward sex and race.

Most of them are Baby Boomers, meaning they were born around the 1970's from regular working families. Although they are often considered racist or not keen on accepting gender and sexual diversity, the truth is that generations changed for the better.

Therefore, social factors that were once considered vital for a biker (such as the color of the skin, the type of bike they ride, their gender, orientation, and religion) became less important in the past decade.

Although far from being progressives, the 21st-century bikers remain conservatives at the core but not as radical as they used to be. They are active voters and get involved in politics as often as they can, trying to give a voice to their conceptions and opinions.

Most of today’s bikers are far from being intolerant or aggressive in their behavior although remain feisty at heart. Long gone are the 1950's and 1960's where motorcycle clubs were mainly organized crime syndicates, making money out of breaking the laws.

The vast majority of them continue to fall under the conservative political spectrum with strong pro-gun views but this doesn’t mean they are not willing to negotiate. What matters the most is the power of their bike and their loyalty.